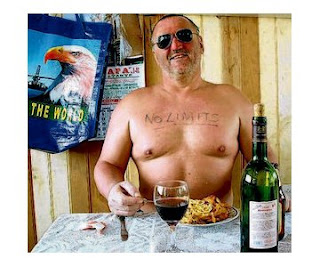 I just wanted to give everyone a heads up on some exciting interviews soon to hit this site. I am very excited about both of them. The first is with Martin Strel a.k.a. "THE BIG RIVER MAN". Martin has swam the entire length of the Amazon, Danube, Yangtze, and Missississippi River and he is a fascinating man with quite a story to tell. The second is with a truly amazing debut author, Frank Bill. It won't be long till he's a household name, because he's that good. I'm just like everyone else here, I can't wait to here what they have to say. So stay tuned, it won't be long now!
Posted by Rod Norman at 7:23 PM 0 comments

" I Am Number Four" by Pittacus Lore 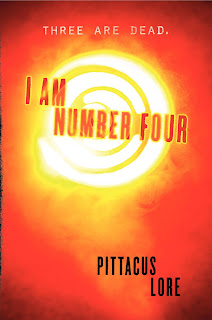 I was in St. Louis a couple weeks ago & I was browsing the shelves of Subturranean Books in U. City when I stumbled onto an unusual looking book called "I AM NUMBER FOUR". I didn't buy it at the time but I did order a library copy to check it out later. I didn't know much about it other than it involved aliens living amongst us here on earth, and that the story was being told through #4. There were 9 to start with and 1-3 had been peviously killed. Now #4 was being hunted and on the run. If they die, then we die as well. I started reading it out loud to my wife and within 50 pages I was totally engrossed in the book. I am not a big sci-fi guy either, but the story is well told, fast paced, with lots of interesting characters. Half way through it I didn't want to put it down, but the biggest surprise was that as I finished the book I couldn't wait to read the next book in the series. It was that good. I'd highly recommend it to you, but I do have one disclaimer, it's for teens. Please don't let that stop you though. Yeah I know, it's kinda embarassing admitting you're reading teen lit but its a worthy indulgence. Dreamworks and Steven Speilberg must have liked it as well since they're hard at work on the movie version. I for one can't wait to see it and this may very well be the next Harry Potter, or Twilight series. Just remember you heard it here first!
Posted by Rod Norman at 6:48 PM 0 comments

The fall is usually my favorite time of the year. This fall has been particularly beautiful, so why can't I shake those summer time Blues? I guess it's because I'm one of those people who get depressed when there is nothing going on that makes you feel alive. I need a reading event, a concert, a movie...something to be excited about or something to look forward to. This fall has offered none of those. I had to sit and listen to others rave about how wonderful Bouchercon was this year in San Francisco. Next week, I'll get to hear about how killer Noir Con was in Philly. Yes, I'm stuck here in the Midwest dreaming I was there. I finally had something to be excited about when I heard William Gay was making an appearance in Franklin, Tn. I've been waiting about 5 years for William to make an appearance and I wasn't going to miss this one. I even found sidekicks in Jed Ayers & Scott Phillips to go along. So, naturally he cancelled the day before the event. Then I missed my first Noir@ Bar in St. Louis since the first one, due to work. I missed Crime Factory's Cameron Ashley & Jonathon Woods as well. I've been waiting for weeks on a couple interviews I was excited about as well, so it's like Groundhog Day...everything seems in limbo lately..a perpetual holding pattern. I'm waiting on something or someone to break me out of these doldrums. Anybody got any good news to pick this downtroden fellow up?

I mean come on, there's only so much a guy can take. This summer I caught "Winters Bone" (twice), The Killer Inside Me, Animal Kingdom, Mesrine, both Dragon flicks, and now...NOTHING! Last year, I caught Tom Russell, Leonard Cohen, Bob Dylan, Slaid Cleaves, The Blind Boys of Alabama, Levon Helm while Lucinda Williams & Tom Waits hit St. Louis as well. This Fall, "NOTHING" NADA, ZIP !!

Someone please give me something, throw me a crumb, give me something to get excited about. I do know that Murder & Mayhem in Muskego is rapidly approaching (Nov. 13th) and I plan on attending before the guys in the white jackets and butterfly nets show up looking for me.
Posted by Rod Norman at 6:13 PM 0 comments