Heres the story from Fox News...just click on the link for the full story.
Posted by Rod Norman at 9:14 PM 0 comments

If you've been following S&W's since its inception back in January then you might remember a story I wrote about a teenage folk hero wanted for all kinds of theft of cars, boats, and planes. His name was Colton Harris-Moore and he had been on the run for about a year and a half. Today that all came to an end as he was arrested in the Bahamas after being recognized by some locals. He tried to flee in a stolen boat but was captured after police shot out his boats motor. He will prosecuted there first and then can look forward to being extradited back to the USA. The crazy thing is he got to the Bahamas by stealing a plane in Indiana....Yes I said "INDIANA", you know the state that borders us here in Illinois. He then flew that plane over 1,000 miles to his final destination. Who knows he might have been through here. A defense fund has already been set up for Colton and it is recieving donations. You have to remember this thief has over 60,000 Facebook friends. Well we knew it would end eventually & we feared it would end badly, so I'm just glad it's over with noone getting hurt including him. I'll keep you posted as to how this progresses.
Posted by Rod Norman at 9:04 PM 1 comments

Check out Josh Gaylords new zombie novel !! Just click on the link above for the review from the Brooklyn Rail.
Posted by Rod Norman at 8:39 PM 0 comments 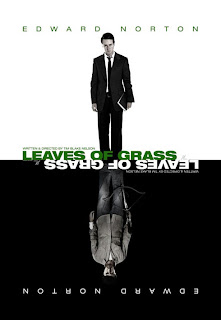 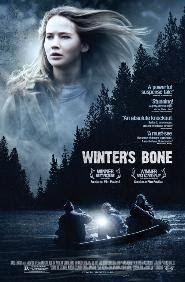 It's only July 11th, but we're already past the halfway point in 2010. It's already been a pretty dang good year for film & literature. Here are my favorites in the first half of 2010 and remember all the books & films didn't necesarily just come out in 2010 but I saw or read them for the first time in 2010. Many of the offerings are new though.

Favorite Films:
Winters Bone
The Aura
The Girl With The Dragon Tatoo
The Girl Who Played With Fire
The Killer Inside Me
Exit Through The Gift Shop
Leaves of Grass
Me and Orson Welles
Crazyheart
Red Cliff (Asian Full Length version)
The White Ribbon

That is a pretty good list and normally the best of both come out in the fall. I can easily see several of these making my years best list.

It wont be long till I'll be able to see "Animal Kingdom", "Mesrine in 2 parts", "The Red Riding Trilogy", "The Square", "A Prophet" and "The Secret in their Eyes". All of this without even talking about the Oct-Nov releases. a good year indeeed!
Posted by Rod Norman at 4:24 PM 0 comments