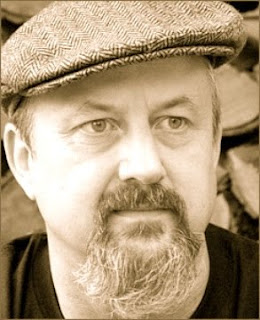 Winter's Bone by Daniel Woodrell, was one of my favorite books of the last several years. Daniel Woodrell, along with William Gay and Cormac McCarthy comprise what I believe to be the 3 best writers of true Americana alive today. Their writing is gritty & real, striped of all pretentiousness. Winter's Bone has been made into a film, directed by Debra Granik. It premiered at The Sundance Film Festival last week with no big stars and no buzz. Word of mouth spread like wildfire and became a must see by weeks end. The film garnered the top prize, the Drama Grand Jury Award Winner. Roadside Attractions picked up the film for national distribution. In a nutshell, the film & book is about a 17 yr.old girl,(Rhee Dolly) living in the Ozarks, caring for her sick mother and two younger siblings. Her father, a meth dealer, has gone AWOL & has used their home as collateral for his bail bond. Rhee goes in search of her Dad or face losing the only thing they have in the world, their home. The book is outstanding but brutal & raw. The film is at the top of my must see list. Maybe... now Mr. Woodrell, will gain the widespread following his work so richly deserves. He is also the author of a previous novel, "WOE TO LIVE ON", which was made into a film as "RIDE WITH THE DEVIL", and directed by U of I grad Ang Lee. A St. Louis premiere of Winter's Bone would be pretty sweet. Mr. Woodrell is a Missouri native.
Posted by Rod Norman at 5:30 PM