I've seen the future of Crime & its in the Midwest. 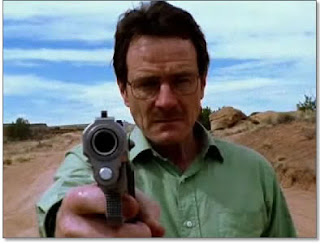 If you're anything like me, and for your sake I hope you're not, but anyway I always love a good heads up. I always love being tipped off to the next big thing whether it's a book, TV show, movie, musician, author or destination. I like to get on board long before everyone else starts jumping on. So, I assume other people do as well. Because of that I'm going to let you all in on a little secret, the future of crime writing comes from the Midwest. Write these 3 names down (Frankie Bill, John Rector,and Matthew McBride) & then follow them closely as they skyrocket to fame and fortune. Well at least fame. John Rector's debut novel "A Cold Kiss" started hitting shelves July 6th and "The Grove" will be in stores in November. "The Grove" was originally his first novel, but failed to find a buyer until Kindle picked it up and it became a best seller. John is a Nebraskan.

Frankie Bill (Ind.,& Ky. roots) and Matthew McBride (Mo.) are unpublished (as far as novels go), although both have had several short stories published in anthologies. I might mention that those short stories are terrific. However, stay tuned and keep informed, because I'm telling you now, they are simply too talented and have caught too many peoples attention for it not to happen sooner, than later.
Posted by Rod Norman at 6:09 AM 5 comments